It’s me again. This time we woke up sunny Sunday morning and decided that it was time to make our own pizza. We had never made one before, but after Ellie’s bread lecture with Creative Mornings, we were feeling inspired! My friend Kat, who is a teacher, chef and a great cyclist, kept on telling me that it’s one of the easiest comfort foods you can make. And I think she’s right! 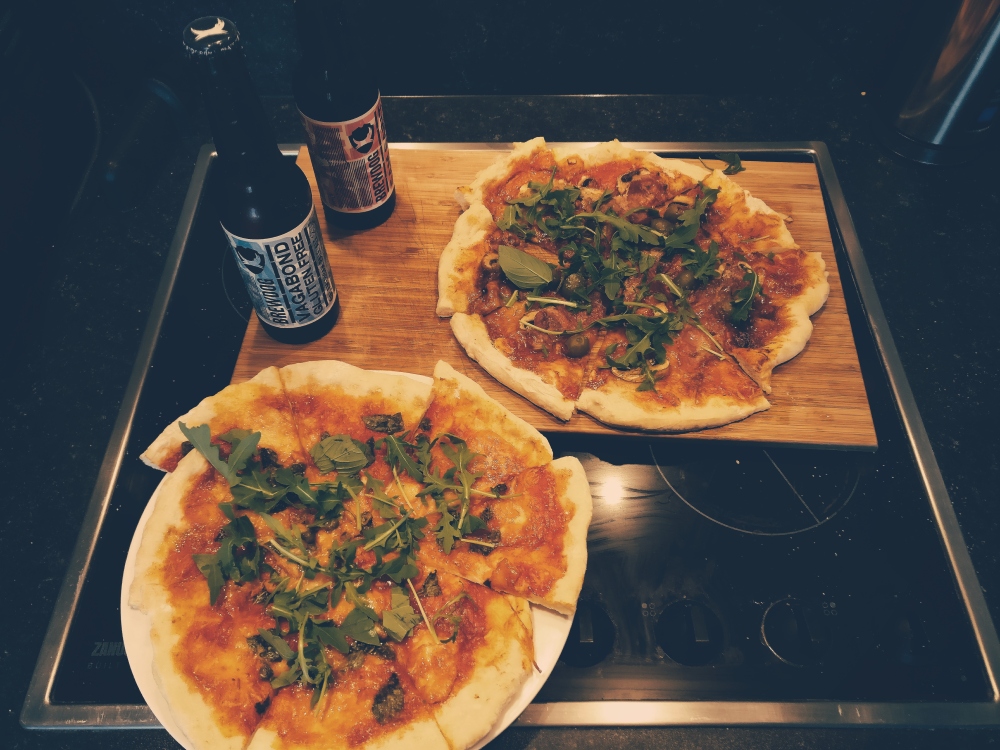 It was quite delicious. No. Wrong expression. It was amazing! Not sure if I want to buy one again. We ate 3 pizzas and 1 calzone, just two of us. But before that I will start from the very beginning. 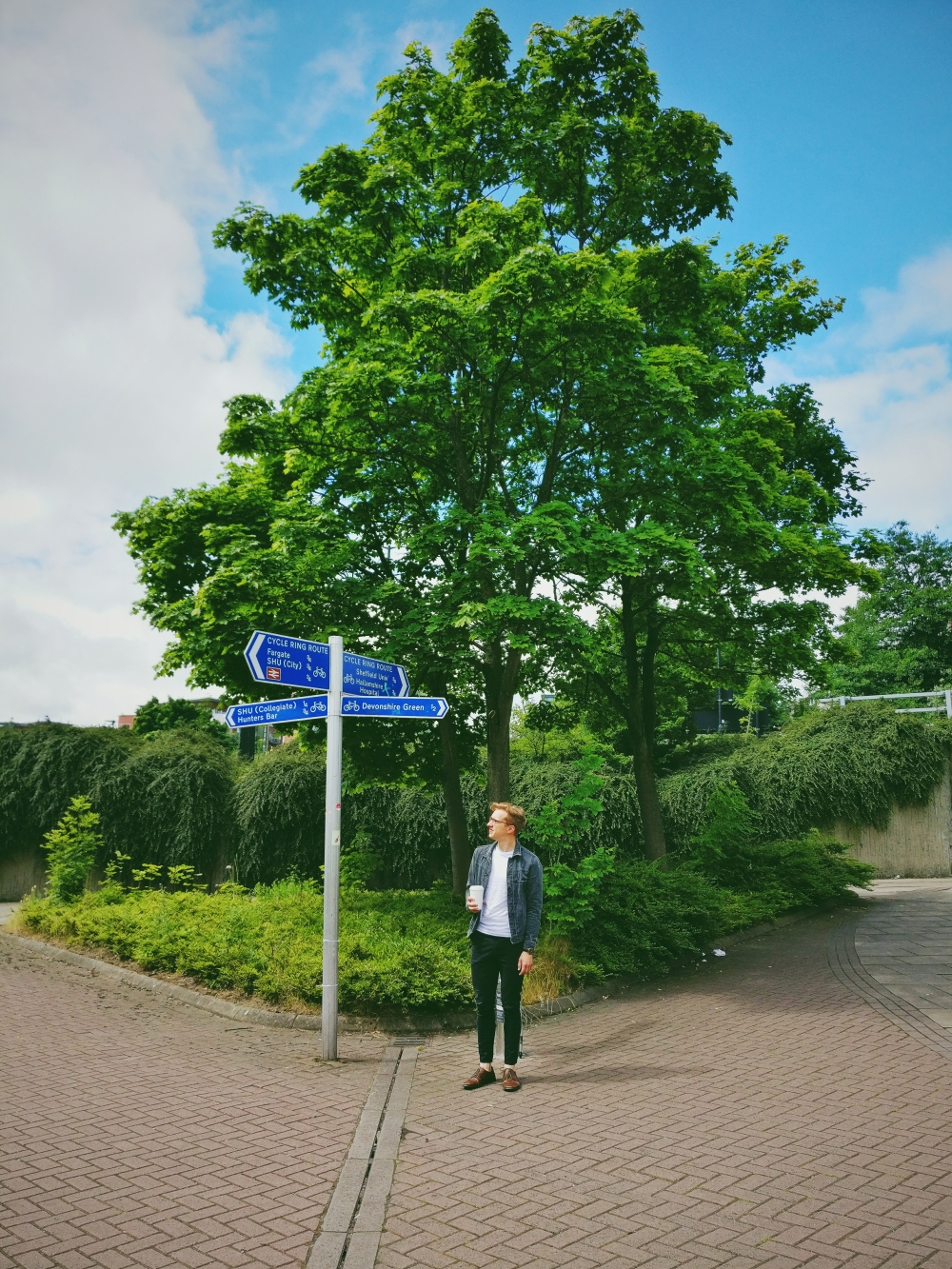 We started the morning with some breakfast and a wander around Sheffield. Believe it or not, that picture is in the middle of a roundabout. That’s how green the city is. After a coffee run, we decided that some nice craft beers should complement the pizza making process.

Sheffield is probably the easiet place to get nice beers. We chose Brew Dog, which never disappoints. Good ales, stouts & IPAs. On the way back we got some ingredients for pizza, which surprisingly wasn’t a lot.

At this point Ellie was sleeping, she couldn’t handle the pressure 😂. This part is probably the longest one time-wise, but it’s worth the wait.

All I did was combine 500g strong bread flour, 7g yeast mixed in 350ml water and a teaspoon of salt. Mixed all of these and rolled some nice buns! 😄

Before putting these babies under a towel, I covered the tray with semolina so it doesn’t stick and eventually it gives you a lovely crust! Keep it under the towel for about two hours in a warm environment, to give them time to rise.

Believe it or not, Ellie woke up! And I will give her credit, she made up for it!

I am giving you a heads up, shaping pizza is the hardest part, but it’s a blast. It will take you a little bit of time, but it is worth it! Little tip – if you make holes in the base, don’t try and squish the dough back together. Instead, take a piece from the edge and patch the hole up.

Now then, passata and garlic is your base, and you can also add olive oil and tadaam! You can use it for all of your pizzas, or feel free to experiment. We had 4 different pizzas.

Calzone – sundried tomatoes, olives and olive oil after you fold it.

Yes we ate all of it. In one go. It was amazing!

I promise you, you won’t want other pizza than your own after this. Just look at the way Ellie is working on that parmigiano!