It has been months since the opening of Church Temple of Fun and probably the best vegan spot in Sheffield – Make No Bones. But despite all the excitement and anticipation for something spectacular it ended up being slightly disorganised with the amazing food being slightly put on the back foot. 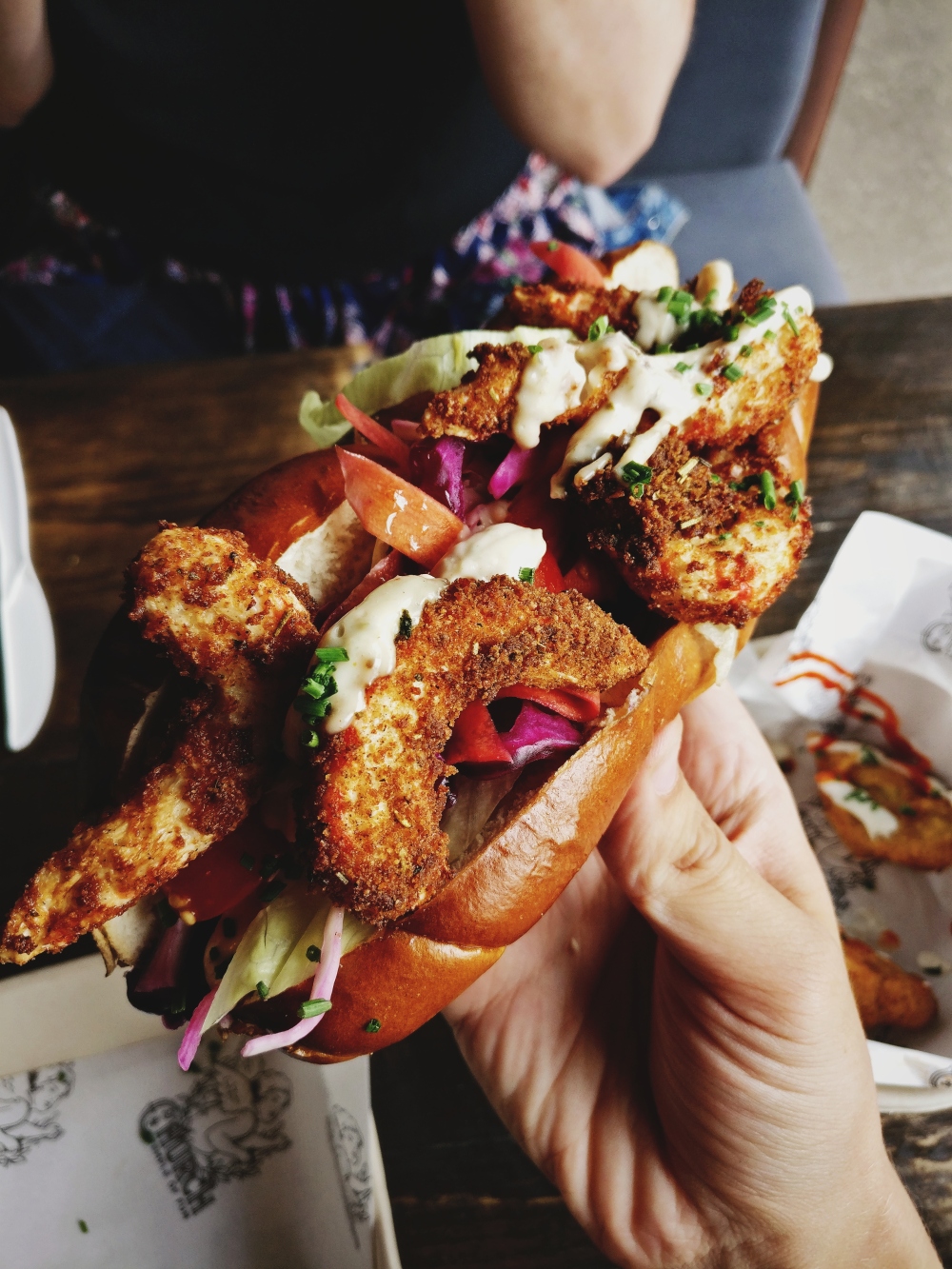 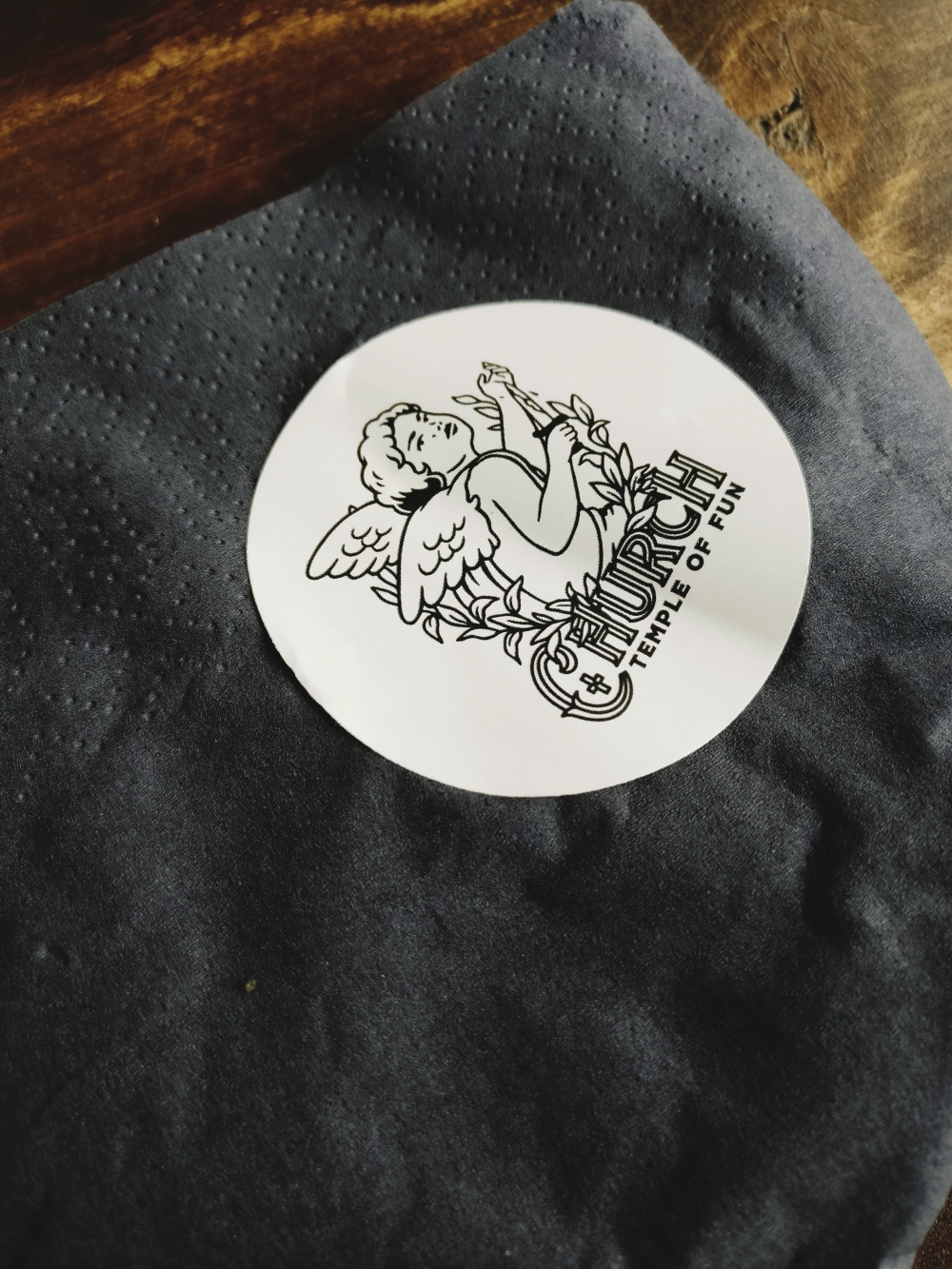 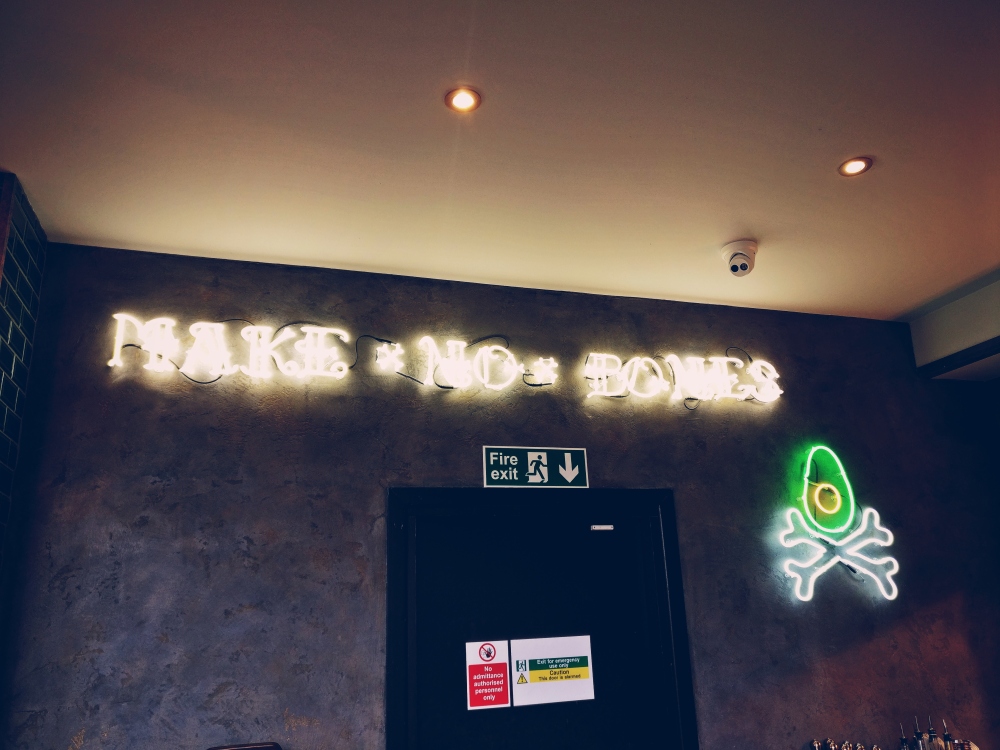 Temple of Fun does look cool and the idea behind it was probably well thought out. I’m just not sure if it was executed fully. Collaborating with clothing brand Dropdead and Make No Bones and making it a gaming arcade makes so much Make No Bonessense, especially when you have the space. But not everything is always that easy, as the minute you walk in you are greeted by fairly dark large space with tables so high you can’t really reach your food and a few of the arcade games already not functioning. 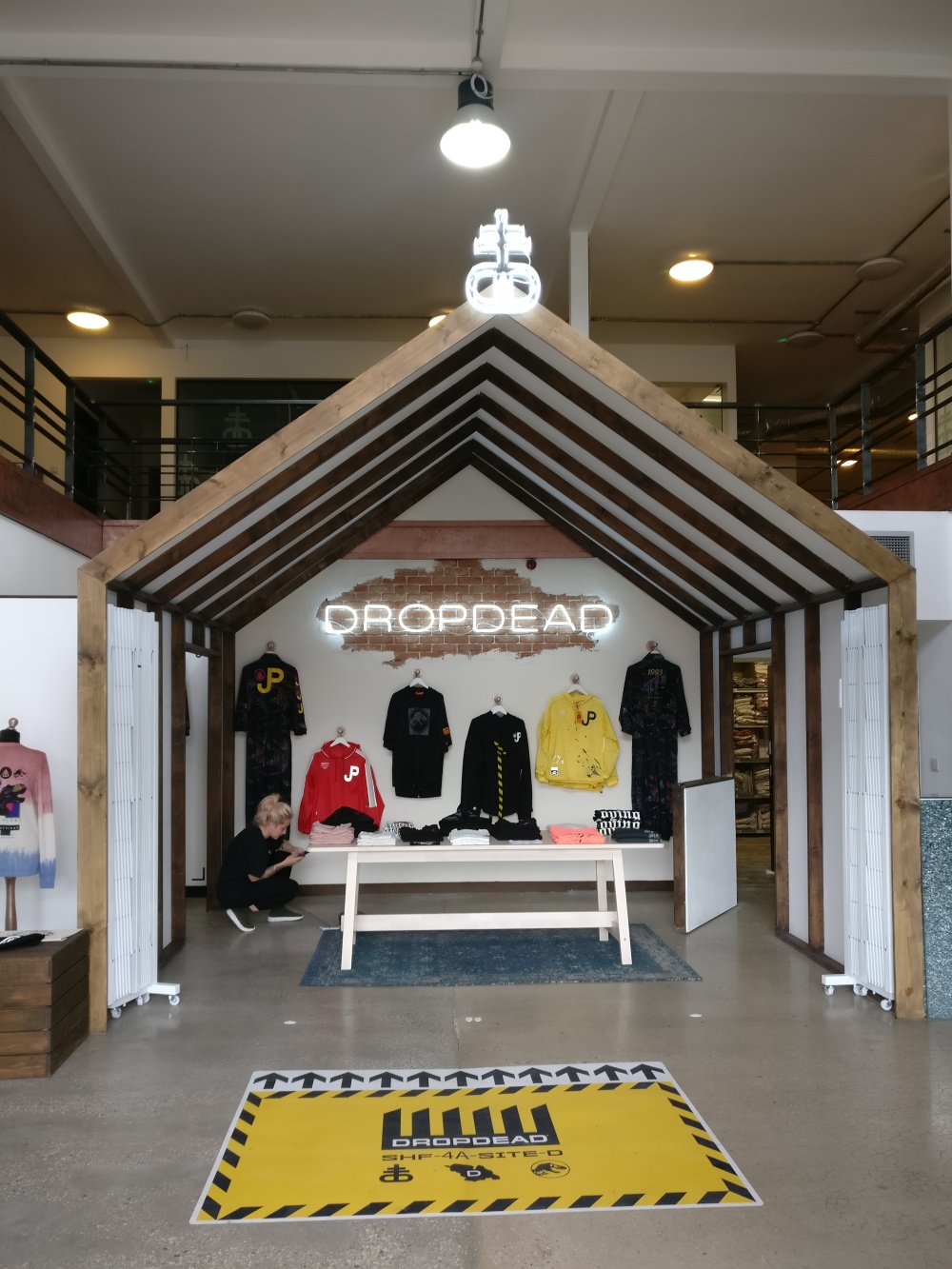 More often than not, initial problems like these are due to teething problems and we are hoping to be proved wrong. Having said that, the first time we came they had lost our booking twice and there were larger parties than ours that didn’t get their tables either. The staff working seemed stressed and didn’t appear to notice our frustration. However, via email the team were more than understanding and dealt with our feedback brilliantly. 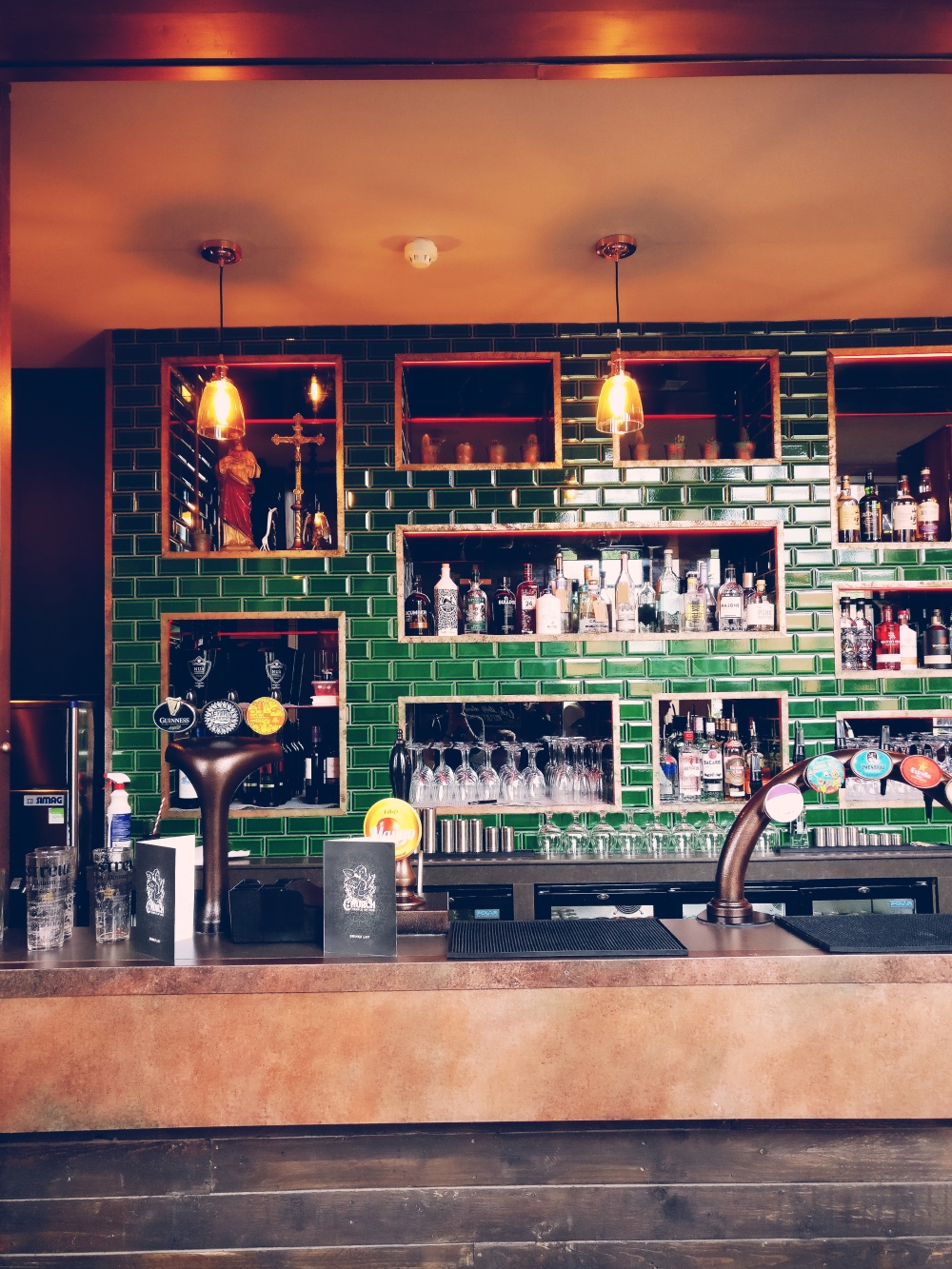 So on our first visit we ended up leaving just after the first drink because of multiple failures, and even the second visit we didn’t really want to stay longer than necessary despite the food being great! 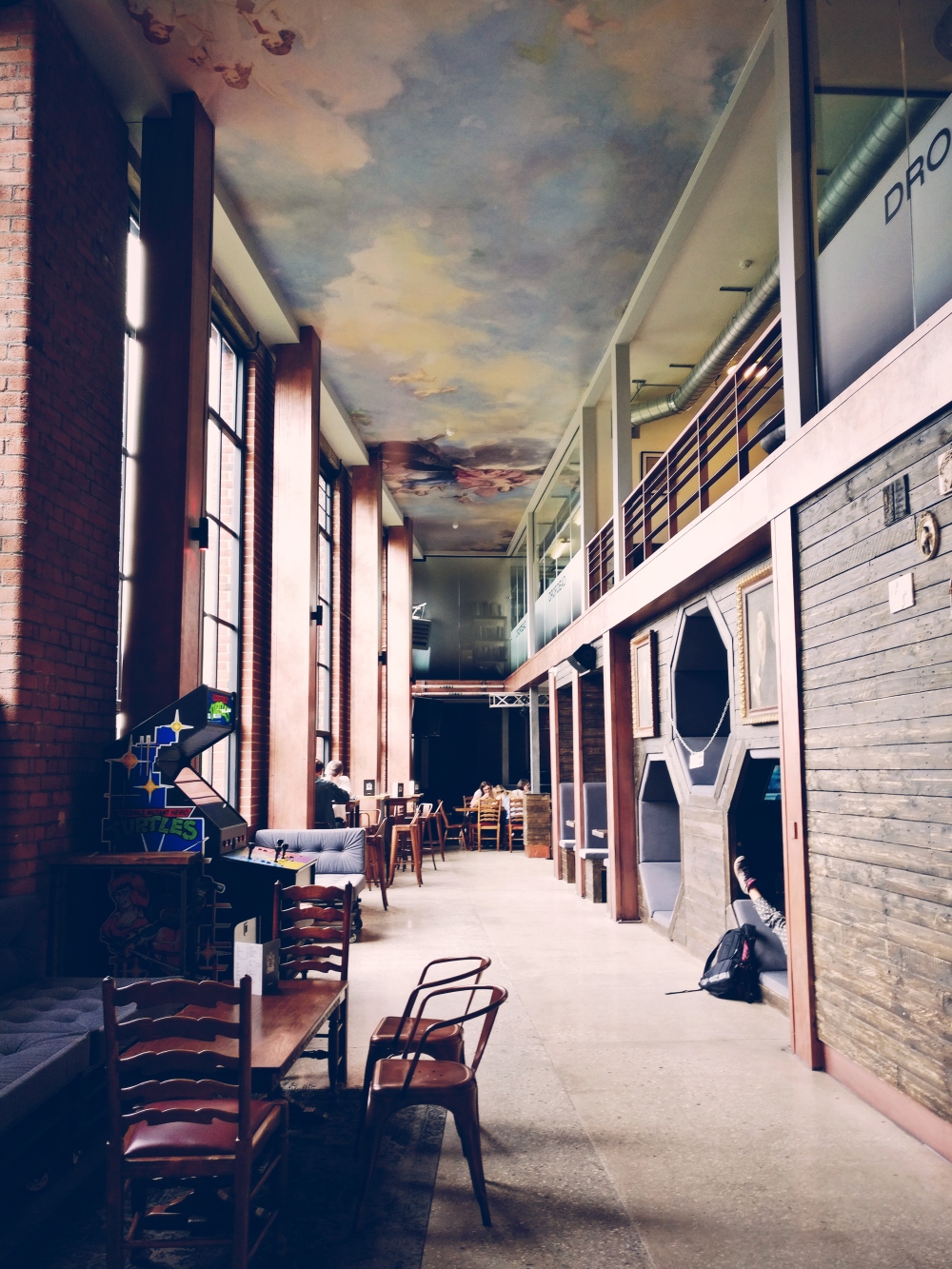 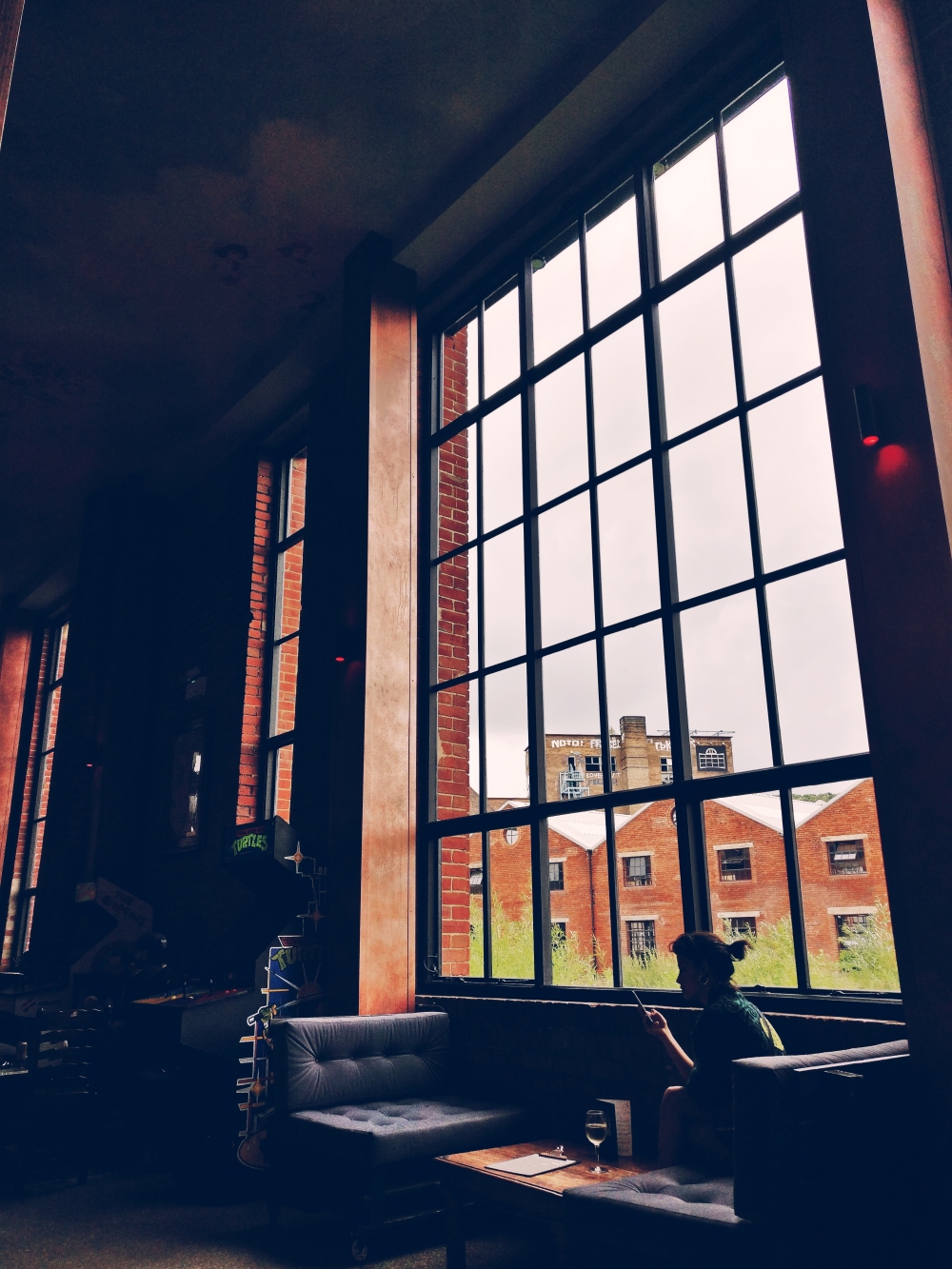 It is hard to understand why such a beautifully designed and large space can feel quite unwelcoming, given that Make No Bones’ previous location was always so chilled and welcoming. If you look around – there clearly was a lot of effort in creating the space. Just some aspects feel unfinished and slightly disorganised.

I will spare you my reminiscing about the good old Make No Bones, because the heart of it is still there. Unfortunately it’s just tucked away in the corner where hardly anyone can see. You order through the bar, which seems to be the biggest issue we came up against with the service so inconsistent to what we expect from MNB.

But if you manage to get through… you get this… 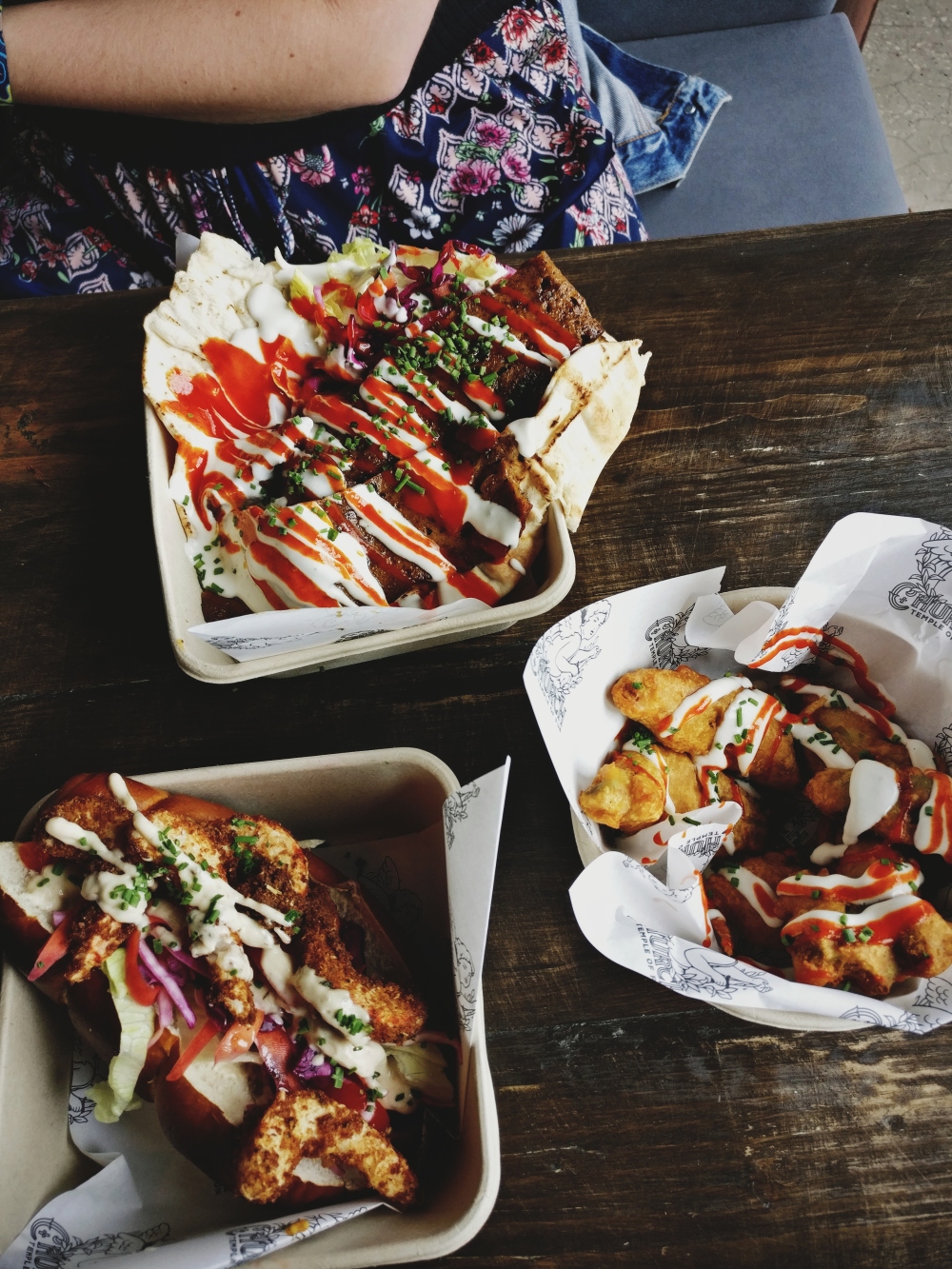 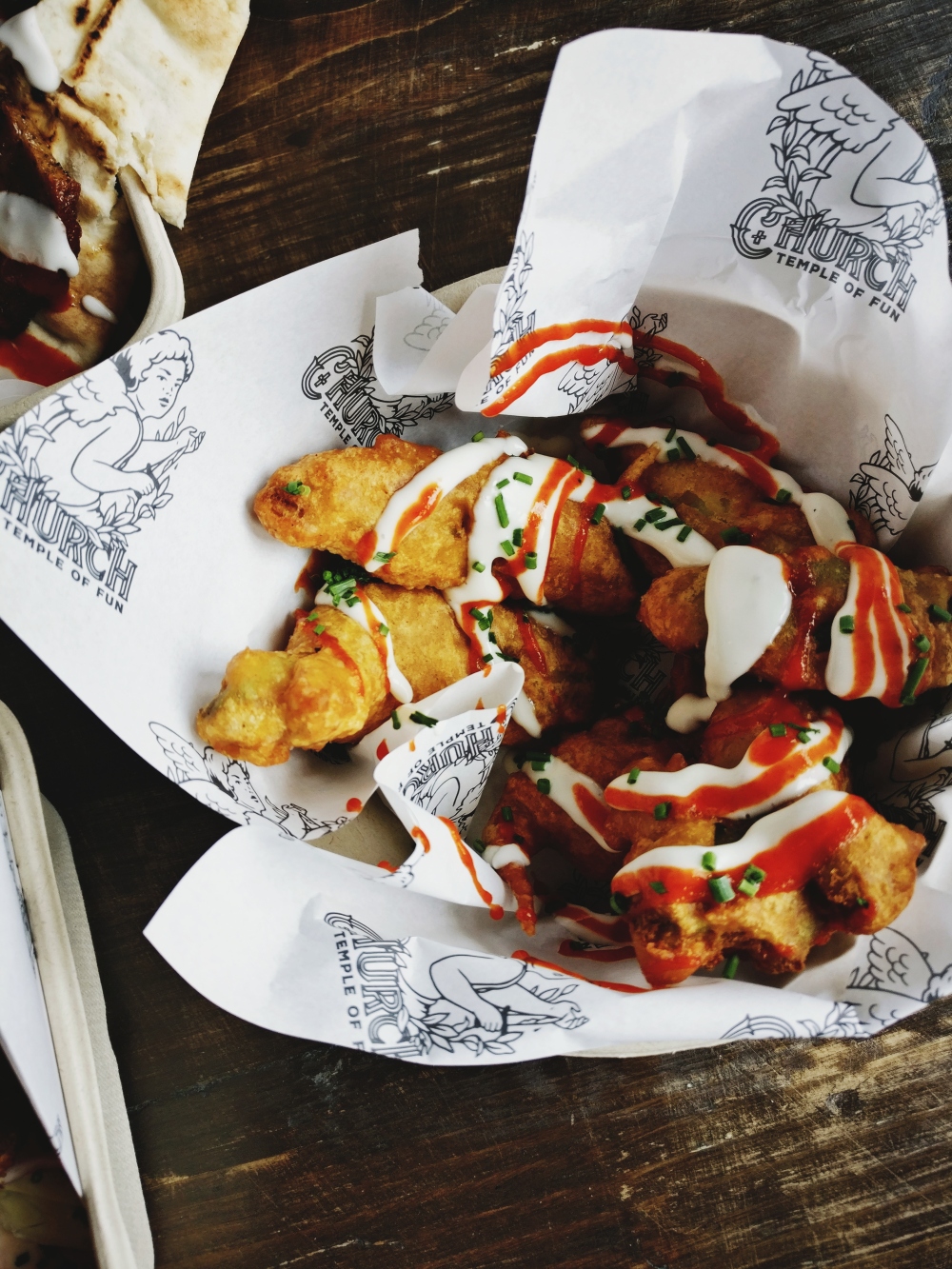 When you can have vegan creole shrimp or a doner kebab that actually tastes like the real thing, that’s when you know you’ve found a good vegan spot. Don’t even get me started on their rainbow bagels and avocado wings. Their food has been dominating the vegan scene in Sheffield and it maybe even got better since the last time we saw them.

But even the food comes with a flaw. Plastic cutlery and paper boxes. Not only wasteful, but also uncomfortable to eat with. Mic drop! 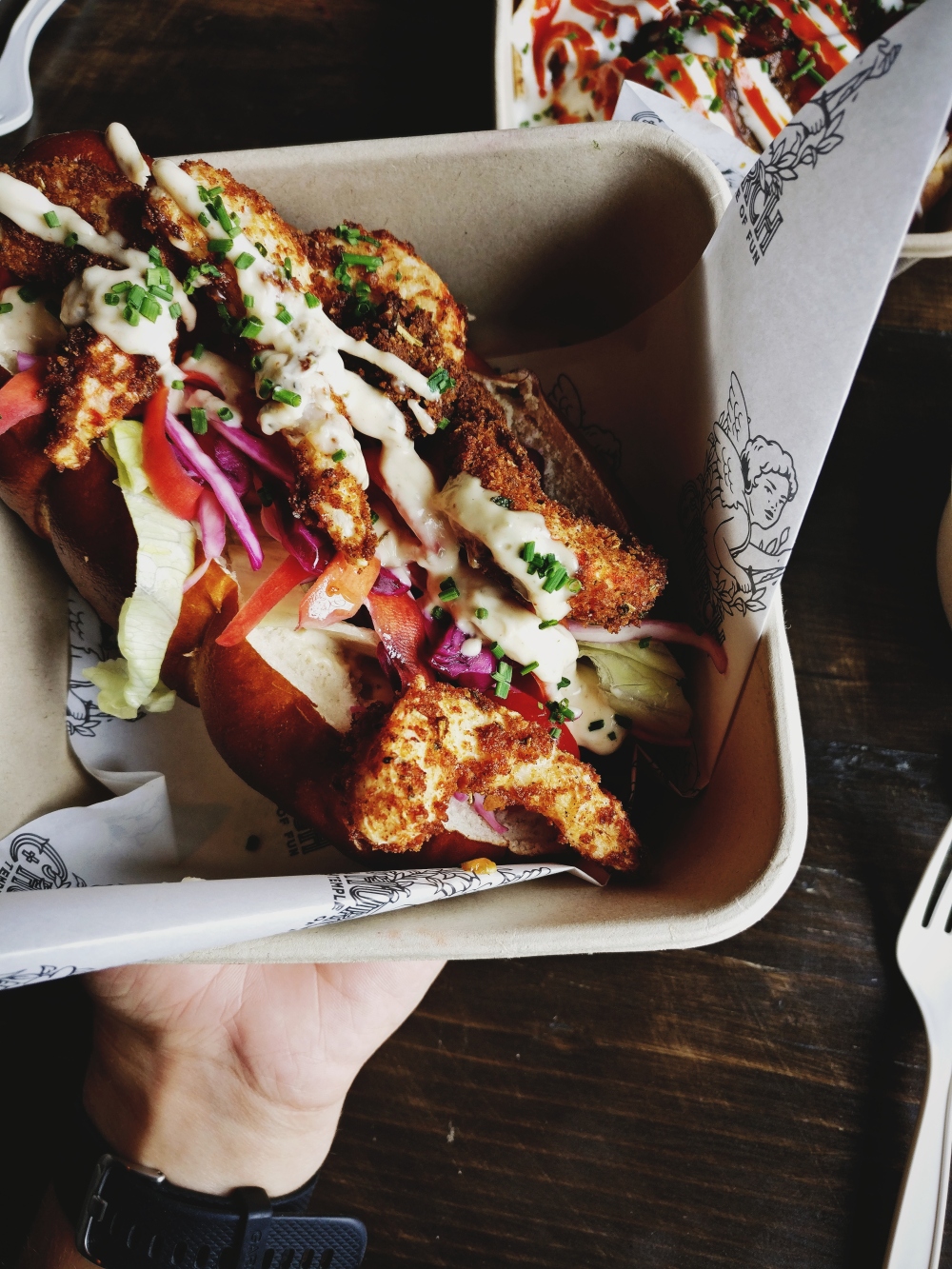 You get a place in Kelham Island, secure the best Vegan foodies in Sheffield, get a crazy open/creative space – but yet it still feels like everything is unfinished. I might be too critical and maybe it will slap me in the face and everyone will love that spot, but I think Make No Bones might have lost out on that move.

But no worries Peddler Market is always just across the road!

Review of: Church – Temple of fun

Also see our previous take on Make No Bones!